Back To Buyer's Guide 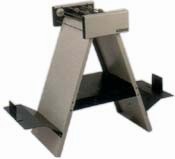 A decollator saves time and effort in handling multi-part forms by separating (decollating) the forms multiple layers, stacking them separately. Decollator models range from basic tabletop/desktop or floor standing models for the needs of a small office to multi-feature heavy-duty, industrial floor standing models for the heavy volume 24/7/365 user.

Factors to Consider Before You Buy

What type of forms will the decollator be handling?
Decollators process continuous forms, but do not process cut sheet forms. Different models handle forms of varying lengths, widths and weight. A critical factor for most purchasers is the number of parts per form that the decollator can process. Equally important is whether you intend to process non-carbon forms or carbon interleaved forms; Note that the weight of the paper being processed is determinative of the number of parts you need to be processed. Whether you intend to process two-up or two-side forms (side by side forms) may also be important.

What modifications are you going to make to forms?
How fast do you have to process forms?
Speed is measured in feet per minute or forms per hour and can either be fixed or variable. The fastest machines process up to 475 feet of forms per hour.

What are your paper processing and paper flow needs?
Forms have to be fed into a decollator. This is done using either an in-feed tray or hopper, which come in different sizes and load capacities. Be sure the hopper you choose meets your processing needs. Some machines will allow you to feed continuous forms directly in from a box.

The mechanism for running and processing forms through a decollator can be by either friction feed or pin tractor feed. Use a pin tractor feed if you are going to use heavy stock or where precise alignment is necessary, e.g. trimming checks.

Forms can be fed from the burster into a receiving tray, or a conveyor/stacker that keep forms in a neatly aligned, sequential order. If you are considering utilizing a stacker, consider the capacity you require, i.e. the size of the stacker. If processing a high quantity of forms, you may need a deep and/or power drop stacker. Other options can be added to the output side of a burster such as a decollator or a recollator.

Forms can be fed from the decollator into receiving trays or stations. Another option that can be added to the output side of a decollator is a recollator, which will put the forms back together.

What is your budget?
Expensive models usually come with added features or options on basic models. In most instances, manufacturers will accept custom orders to suit the specific needs of a customer. Expensive models usually process forms faster, have more stations to separate additional "parts" of forms, allow for more modifications with adjustable margin trimmers, split forms and/or make specialty cuts because they have an adjustable center slitter, and are equipped with either a fork or spindle to wind carbons. Basic models, while economical and suitable for the requirements of most users, will have limitations on speed, variety of forms that can be handled and modifications that can be made to forms during processing.

Do you want to make adjustments manually or automatically? Do you want to program the adjustments?
More expensive decollators come equipped with electronic control panels to monitor operation, self-diagnostics, pre-programmable features such as settings for form length and margins.

What are your safety concerns?
Safety features such as safety interlocks and safety covers prevent and minimize the risk of injury to users.

What features do you need to make paper handling and maintenance easier?
To maintain neatness you may want to add a base/cabinet with trim bucket to hold trimmings, a margin trim chopper to compact waste trimmings, and a carbon rewind to organize used carbon. A counter, a jam detector, a jog switch to aid form alignment, or a paper control bar can help the paper flow when separating carbonless paper, power switches, and static eliminators or brushes to reduce paper clumping or jamming.

What type of feeder do you need?
Forms can be fed into a decollator utilizing either a friction or pin tractor. Pin tractors feed like a sprocket with teeth, projecting through perforations in the margins to align forms more precisely and consistently during a form run. A pin tractor feed is better for holding multi-part forms or when trimming critical documents, such as checks or when using heavy stock.

Desktop and Tabletop Decollators
Small and compact models suitable for the home or small office.